- for the details you need CLICK HERE
Has for some time been a party apparatchik as his signators shows. His tasteless facebook site leaves a great deal to be desired and does nothing but harm to his credibility as you will appreciate it is how he sees himself - which would clearly be at best a fool!
I note Steve, by virtue of his signators, is a supporter of Racism, anti Judaism, pro EU membership, violence as a political weapon and sexual intolerance, as four of his signators are members of the extremist EFD Group
Expected to be corrupt and self serving by the 'cabal' as he has been proposed by Godfrey Bloom see above and also CLICK HERE
I also gather that Gordon Parkin can be expected to lose a Court Case for maladministration of UKIP as a Regional Organiser in September.
Do correct me if I am wrong but isn't Mick Greenhough the extremist right wing nutter who passes himself off on the internet as Baron von Lotsov due to his cowardly nature and embarrassment at his own behaviour on the internet and is also near obsessed by Satanism and Black Arts?
Although well associated with the party leadership has been happy to use the ideas of others as he seemingly carves himself out a route to riches as an MEP but has NEVER been heard to speak out against the corruption he is well aware of.
You can read his blog if you CLICK HERE

I note that Steve Allison has effectively been dumped by UKIP for seemingly having stood up to the corruption within UKIP leadership and he has on numerous occasions stated that his election to UKIP NEC and appointment as an Officer of the party was largely irrelevant and carried no authority.

He would seem to have majorly fallen out with the corrupt leadership of UKIP for having organised a depate and vote on PEPP which the leadership resoundingly lost and unlike previous Officers such as Douglas Denny he was not it seems willing to cheat and rig the election.

I noted on the 13-Nov-2011 moves were afoot in Hartlepool to address the monkey in the pack by seeking to give a voice to local politics and local issues and by acting as a group the Independent Councillors and those of minority parties such as UKIP, BNP, Greens and the like have formed a 'Cross Party Political Party called:
"Hartlepool Independents - Putting Hartlepool First"

Here is their page regarding Steve Allison:


Party Secretary ; Mr Stephen Allison, responsible for ensuring that Hartlepool First complies with all legal requirements placed upon it by statute other than those relating to finance which are the responsibility of Party Treasurer. Party Secretary is also the Party Nominating Officer under the Political Parties, Elections and Referendums Act 2000.

15-Nov-2011 although UKIP have made no official announcement and there is no comment on their web site where in fact they still list Steve Allison as Party Vice Chairman with an elected office lasting until 2013 it has been made clear publicly that he is no longer authorised to communicate with members on the heavily controlled UKIP Forum!

It is wortjh noting the apparent collapse of UKIP with we gather less than 5,000 votes cast in their recent NEC elections, which would indicate on past form a real membership of around 8,000 with (any) all others being little more than titular! 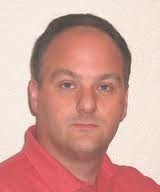 Readers of this blog may recall that Steve Allison - NEC member and Party Vice-Chairman - was fast becoming disillusioned with the so-called leadership of UKIP. His realization that the NEC was nothing more than a rubber stamp for a corrupt leader ultimately led to him questioning why he was wasting his time attending the monthly NEC meetings. See: LINK and  LINK

As you can imagine, his outspoken views on the NEC and Lisa Duffy hardly endeared him to Farage and his nodding donkeys. Criticism of the Fuhrer can only result in the critic being sidelined, smeared and ultimately forced out. Indeed, certain members of the Farage Sycophants Club have been conducting a whispering campaign against Allison for months.

Mr Allison was even banned from posting his thoughts on the UKIP members forum. However, some of the Farage clique were uneasy with this move. After all, they were denying an elected NEC member and Vice-Chairman of UKIP the right to address and converse with his fellow members. So much for democracy and freedom of speech - something that Farage is more than happy to pay lip service to when it suits him. But woe betide anyone who dares suggest that the sun doesn't shine out of Nigel's backside!

Allison's membership of another party - Putting Hartlepool First - was used against him. It was claimed that membership of that party was 'incompatible' with membership of UKIP. So why are other members allowed to retain membership of other parties, including senior officials!

Mr Allison decided that enough was enough and resigned from the NEC. He also resigned as Vice-Chairman. He now intends to concentrate on campaigning for Putting Hartlepool First.