Ostensibly Chairman of UKIP, placed there by Nigel Farage.

Likened by some to Bennitto Mussolini the only similarity is their strutting self importance and devious and underhand behaviour.

And of course their deliberate association with extremist Italian Politicians, Racists and anti Jewish Il Duce was leader of The Fachistti - Nuttall is a willing member of The Pan EU Political Party EFD group

Il Duce did manage to get the trains to run on time - one winders if little Nutjob could run a bath on time.
It must also be remembered that Il Duce famously stated:

A task he achieved nearly eradicating Malaria in Italy. I don't believe little Nut All has achieved anything for his Country.
Nut All has at least shown some sense when he announced:


"I am committed to a huge amount of public meetings in the North West over the coming year, as well as helping to oversee some overdue restructuring in the region. I also want to spend a lot of time in Northern Ireland, Wales and Scotland campaigning for the assembly and parliamentary elections next year, as well as putting myself forward once again for my local council."

Thus saving UKIP from the embarrassment of it being made very clear that he is unpopular, untrusted and would be trounced, had he stood in the leadership selection.


The odious Paul Nuttall to step down as Party Chairman 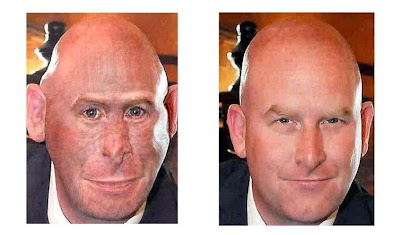 UKIP Chairman Paul Nuttall is to step down, it has been announced at the Party's annual conference in Torquay.

The popular North West MEP said the time had come for a change at the helm of the Party and with a new Leader due to be elected, now was the time to leave the role.

"I've really enjoyed my time as chairman of the Party and enjoyed immensely working with the UKIP members staff," he said.

"But with my role as an MEP taking up more and more of my time in the North West – I have 75 meetings to attend in my diary at the moment – then this is the right decision, and the right time.

"Not forgetting, that by the time my replacement is found, I will have been the longest-serving Party chairman ever!"

He won't be missed! Nuttall is one of the most obnoxious and corrupt people ever to hold the position. Just ask Dr Edmond! Nuttall can always be guaranteered to support his corrupt boss. A true Farage sycophant from his head to his toes.

UKIP’s wannabe Mussolini has upset many members due to his arrogance, willingness to lie and, above all, his bullying nature. Several UKIP branch chairman in the NW have resigned because of this.

He has one of the worst attendance records of any UKIP MEP.

He claims to hate the EU but is more than happy to use his MEP salary to fund a lavish lifestyle at the taxpayers expense.

He has declined to provide a FULL audit of his MEP accounts.

He forced PPCs with criminal convictions onto branches.

He listed phantom branches on UKIP’s official website to give the impression that UKIP NW is a thriving region.

Nuttall and McManus sought to remove Gregg Beaman as UKIP’s lead MEP candidate by fabricating lies about him.

He supported Farage’s attempts to give him dictatorial powers to remove so-called dissidents from the party.

He supports the suppression of free speech in UKIP. He tried to close down the UKIP Members Forum because UKIPPERS were raising concerns about corruption in the party.

He supported the removal of democratically elected members - Dr Eric Edmond and Dr David Abbott - from UKIP’s NEC. Their only crime was to raise concerns about corruption in UKIP.

He kicked Del Young out of UKIP after claiming that Mr Young was a member of UK First. He wasn't.

He was first appointed UKIP national chairman in total disregard of the membership who were not even consulted about his appointment.

He wilfully ignored the Data Protection Act by refusing to comply with John West's data request. He was finally forced to comply with the Act after the ICO found in Mr West's favour.

In Brussels and Strasbourg he is happy to sit with EFD fascists and racists and yet he has the nerve to attack the BNP!

And he supports kangaroo courts and witch-hunts conducted against all those members who dare to question Farage’s leadership. He fully approved the decision to ban Nikki Sinclaire from standing as a UKIP PPC in the General Election. And her crime? She didn't want to sit with fascists in the EFD Group.

The man is truly contemptible. He has no scruples, integrity or decency. He will do anything to get the top of the greasy pole and stay there. He would readily stab his own colleagues in the back for personal gain. He truly belongs in the gutter with the rest of the Farage filth.
To view the original of this section CLICK HERE

Here are some interesting insights into the values of UKIP chairman Paul Nuttall from Junius:


Now what did the odious Nuttall say in the last edition of Independence News?

“The membership retains control of the party, and ensures that UKIP remains a bottom up organisation”.

“The NEC is, in effect, the custodians of the party, who represent the wishes of the membership and keep the elected representatives and leadership in check” 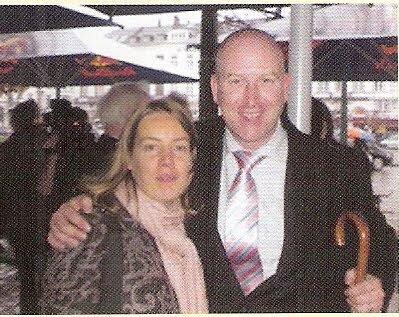 Yeah, right! UKIP is about as democratic as the Nazi Party. And the only ‘bottom up’ that we can think of is when the odious Paul 'Benito' Nuttall is bonking Aurelie Laloux - pictured above - behind his partner’s back.

Another measure of the intellect and gravitas of this foolish little chappy:


An interesting article on a quasi political forum >UK Debate<

Sadly UK Debate is one of those low grade Forums where even the moderators are foul mouthed and so insecure they merely distort and lie to force their opinions on others - The forum is the antithesis of 'Free Speech' so is far from a reliable source with the dishonest and corrupt like their moderator 'Ranger 121' too ashamed to put his name to his abusive and cowardly comments and behaviour as he advertises some scuzzy little pop band called >Rudemood< (probably more appositely recognised as 'Pig Ignorant') that commercially trolls the site.

As for the article by the poster styled 'Dannylot' I am able to confirm most of the facts he has linked to.