#Doc031* - SINCLAIRE, Nikki - MEP 01 - COMPILATION + LINKS
Nicole (Nikki) SINCLAIRE MEP
UKIP's only MEP with sufficient moral compass and integrity to disassociate herself from the vile Racist, anti Jewish pro EU membership Pan EU Political Party EFD Group for making this honourable move was personally and dishonourably attacked by Nigel Farage as leader of this vile little Political Group and owner of UKIP.
Sinclaire was also publicly attacked by Farage's puppet leader the weak and venal racist Islamaphobe Malcolm Lord Pearson who published a letter packed with lies about Sinclaire who went forward to the overwhellming support of her Regional UKIP committee - forced to stand in her own right as an anti EU membership candidate Independent of UKIP - who stooped so low as to bribe members of her staff to leave and stood a candidate against her.
Nikki's web site can be found at CLICK HERE where unlike the other UKIP MEPs she publishes her fully audited accounts
Nikki Sinclaire has also since parting company with Farage's self serving group has funded and launched aThe Petition to have an IN / OUT referendum on membership of The EU - To sign the petition just click the pic! 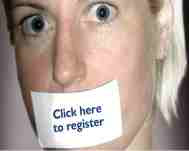 For more details of THE PETITION LINK

Not wishing to be pedantic but how is Ralph Atkinson standing as a candidate for the NEC whilst he is suspended from standing in elections?
It does rather make a nonsense of any belief that UKIP might in some strange fashion be an acceptable consideration in a position of political responsibility in these United Kingdoms when I understand that Nikki Sinclaire put her name forward as an NEC Candidate but was barred - presumably unlawfully - because she was suspended from standing in elections by UKIP ALSO unlawfully - after bullying, dishonesty and that vile creature Mark Croucher scavenging the gutters he inhabits, for Nigel Farage, looking for ways to blackmail or otherwise force her out of office and then the pack of lies from the corrupt, weak and useless titular leader Lord Pearson!
For masses more factual data about Nikki Sinclaire who has held most offices in UKIP during her 16 years fighting for the cause of leaving The EU as a principled supporter of UKIP who refused to become embroilled in Nigel Farage's various corruptions and finally refused to share Nigel Farage's enthusiasm for Racism, anti Judaism, reform of the EU and supporting Holocausty deniers and campaigners FOR The Lisbon Treaty and refused to sit as one of the corrupt UKIP MEPs with The EFD in the EU pretend parliament.
02-Sep-2010:

Hi,
An interesting if not unexpected attack on Nikki Sinclaire has been reported to me from the NEC - as the slime on the NEC largely cheated or were dependent on a clearly corrupt election to achieve their status and no effort is likely to be spared in seeking to damage Nikki Sinclaire's Petition out of embarrassment on the part of the really staggering level of filth that is UKIP's leadership - I convey this information but I look forward to hearing details of the assault on Nikki by her fellow UKIP members.

Let us see what Nikki has to say and what the details of the claims against her are.
There is every reason to believe, based upon track records, that Sinclaire has NOT offended against any rules and EVERY reason to believe members of UKIP's leadership, NEC & parasites are yet again telling lies - that has been their habitual behaviour to date.

An impromptu and withering attack on the vile EFD:
More can be seen about this video at CLICK HERE
Alernatively a set piece speech on Freedom of The Press:
I have just spent nearly an hour trying to find the text of this speech because I consider parts of it to be inspirational - if someone with a cop[y could mail it to me I will put it on the web site/blog but in the mean time you might care for some details about the background of this video CLICK HERE

It is worth remembering the honourable way in which Nikki Sinclaire has acted whether you personally agree with her or not it is self evident the utterly shamefull behaviour of the IgNoble Lord and the leadership and its parasites.

20 Aug 2010
Godfrey Bloom delegated the job of sending out a badly spelt letter 'advising' members how they should vote in the NEC elections. I presume it was spet and typed by his French bint! She couldnt even spell Mote or Sinclaire correctly! ...
http://ukip-vs-eukip.blogspot.com/

#0043 - CONGRATULATIONS TO MIKE NATTRASS - Integrity In UKIP is Rare!
23 Jun 2010
Mike Nattrass is expected to remain a UKIP member but UKIP will be forced to fire him as THEIR MEP as otherwise they would hand a huge weapon to Nikki Sinclaire who will be taking them to the High Court over just this issue some time in ...
http://ukip-vs-eukip.blogspot.com/


#0067* - PEARSON LIVES DOWN TO OUR ANNOUNCEMENT LAST DECEMBER ...
17 Aug 2010
It is in passing worth noting that other than Lord Pearson's disgracefull treatment and lies about Nikki Sinclaire his leadership was only of any note as the predicted failure of a weak and venal hobbyist - who has a reputation for ...
http://ukip-vs-eukip.blogspot.com/

UKIP - vs - EUkip: #0069* - SKEPTYK by name SEPTYK BY NATURE
20 Aug 2010
Then Farage set up a racist, anti Jewish, anti Homosexual, holocaust denialist pro EU membership Pan EU Political Group The EFD which Godfrey Bloom and all the UKIP MEPs were happy to be members of except Nikkie Sinclaire who quit at ...
http://ukip-vs-eukip.blogspot.com/

#0001 - THE LIARS CHEATS & FILTH IN UKIP WERE CLEARLY UNFIT FOR OFFICE
08 May 2010
Malcolm Lord Pearson of Rannoch is a vile and corrupt liar who having entered into an agreement with Nikki SinclaireSinclaire and furthermore published and ... MEP for the convenience of the scum that had him as his puppet betrayed Nikki
http://ukip-vs-eukip.blogspot.com/

#0023 - UKIP & PEARSON of DELUSIONAL PLAY ACTING OUT A FARCE!
26 May 2010
Remeber Croucher tried to make much of Sinclaire's bankruptcy overlooking the fact that it was common knowledge seemingly to all but 'the common man' and was legally long spent, irrelevant history and had been published in detail by me ...
http://ukip-vs-eukip.blogspot.com/

#0052 - UKIP NEC SHAMBLES JUST MORE OF THE SAME/SHAME?
21 Jul 2010
However I can not see who elected him as clearly Nikki Sinclaire, Mike Nattrass and a huge percentage of the decent if gullible UKIP membership seem disgusted at the allegiance. Clearly the voters of Buckinghamshire were decidedly ...
http://ukip-vs-eukip.blogspot.com/

#0013 - THE DEMISE OF THE CLEGGERONS WILL DOUBTLESS FOLLOW THE ...
17 May 2010
The only individual of any visible morality in UKIP was Sinclaire as she refused to sit with the racist extremists and anti Jewish EFD claque that Farage has gathered around him and the sycophants who Farage is too stupid to ignore ...
http://ukip-vs-eukip.blogspot.com/