#Doc007 - Crown vs. WISE & JENKINS - Evidence, Documents (some)
Here are some of the documents pertaining to: 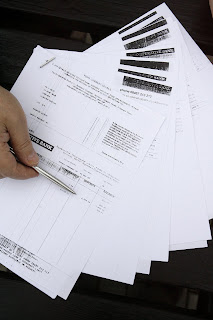 DOUBLE CLICK
Any of the Documents
to view a larger version. 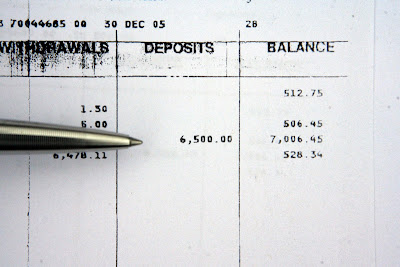 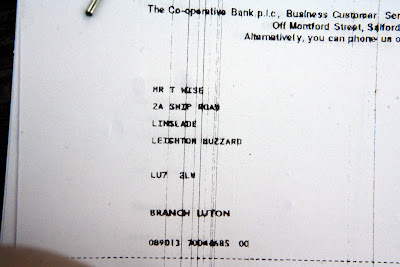 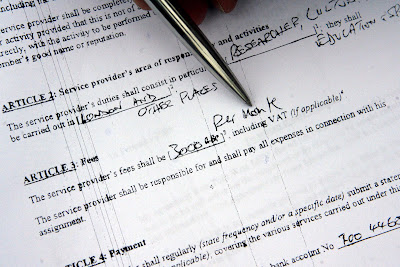 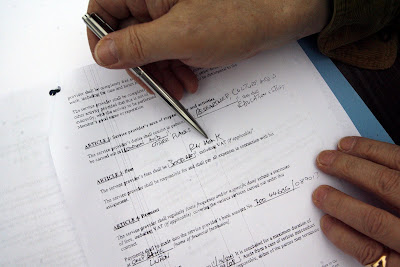 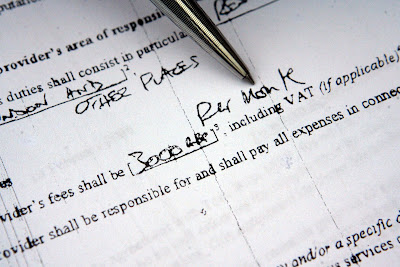 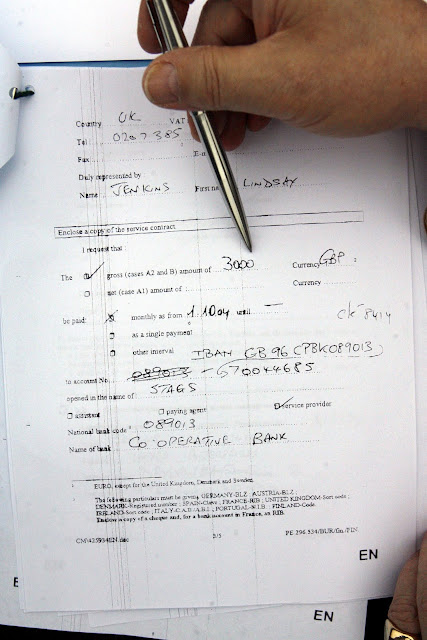 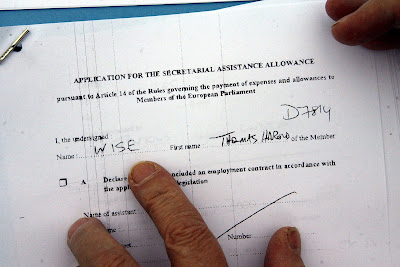 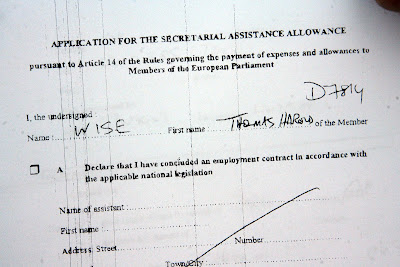 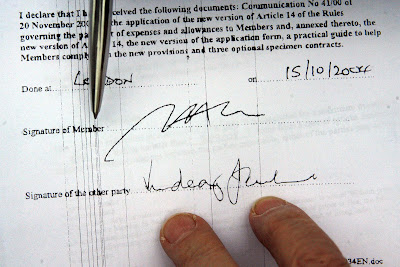 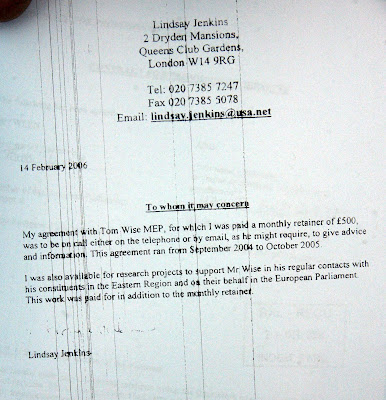 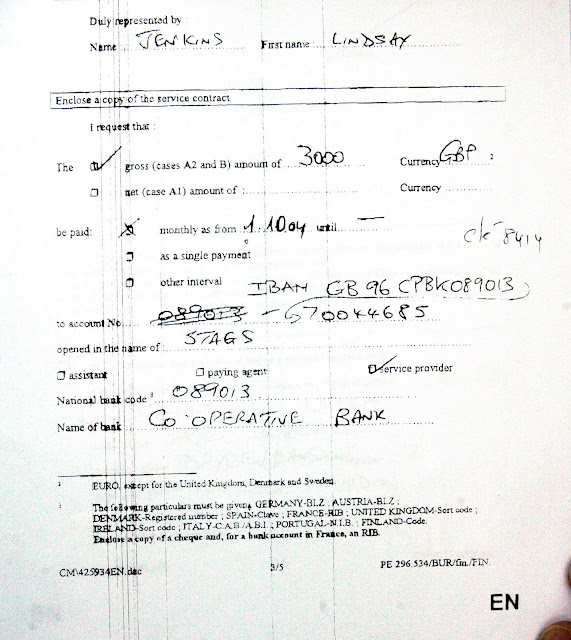 Tom WISE on the third day
of the Crown's case
changed his plea to guilty.
After consultation he accepted
responsibility for Lindsey JENKINS'
complicity in the case.
The case against Lindsey JENKINS
was therefore fortuitously dropped.
Tom WISE
was sentenced to 2 Years in prison
&
a contribution of £30,000
towards Crown Costs.
I presume he funded his own
attempt at defence.

I was not entirely displease to receive this letter after the trial and conviction of Tom Wise but I am well aware of Michael Nattrass' publicly made claim that EUkip NEC would do nothing and his obscenity strewn comment when at the NEC he said 'How the F*** do you think we fund the party - we all do it'
I must admit I do not believe he was aware that Wise had used £6,000 of the money he had stolen to buy a Green Peugeot, nor paid a Wicks account from the stolen money and had paid off his credit cards with the money he had stolen.
Nigel Farage on the other hand did know having discussed it with Robin Collet, David Lott & Petrina Holdsworth. Subsequently Farage had arrangements made that Tom Wise would use about £5,000 of the money he had stolen to settle one of his own (FARAGE'S) personal debts. To the best of my knowledge Farage never paid back this stolen money he had wittingly derived the benefit of!
It will also be of interest that besides Michael Nattrass widely proclaiming Tom WISE had done nothing wrong and that they were all at it - I note some time later he started hedging his bets with comments like 'I believe a man is innocent until proven guilty' - that is legally no defence for colluding in the cover-up of a crime. A point that neither Trevor Colman nor Roger Knapman were prepared to abide by - it does seem Honesty in even the most basic form is a rare commodity in EUkip as Trevor Colman (Now an MEP seemingly in return) colluded in the crime by carrying out a corrupted enquiry and suppressing the investigation and his stated belief that both Tom Wise and Lindsay Jenkins were guilty of the crime.
Knapman & Colman colluded in Tom Wise's criminality by orchestrating a cover-up as did Robin Collet, Nigel Farage, David Lott and others. Petrina Holdsworth refused to collude in the cover-up and was forced by Mike Nattrass in collusion with Rioger Knapman to resign as Chairman of EUkip.
The efforts of Mark Croucher to smear Petrina Holdsworth with the claim that she had demanded a cut of the money for her silence failed miserably!
Here is the letter from Bedfordshire Constabulary: 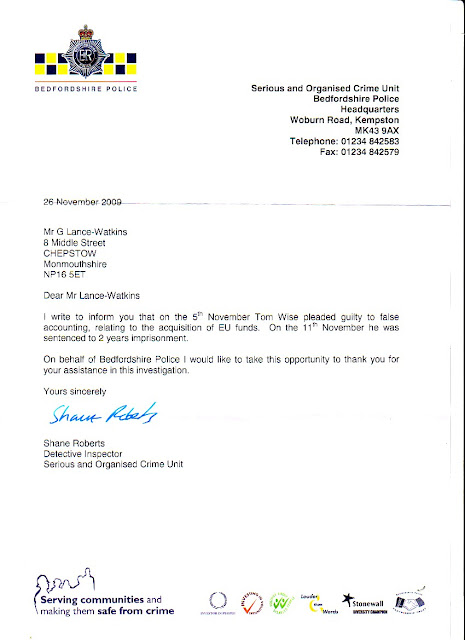 I am aware that the utterly dishonest Peter REEVE has tried to claim he was involved in the reporting of the crime - this of course is patently untrue and can be established as a deliberate lie with even the briefest glance at the facts which show he was not even in EUkip in the region and would have known nothing of the matter at the time - I believe he was working in a supermarket some considerable distance away - but I doubt anyone would be surprised that he would lie to aggrandise himself.
FOR THE RECORD:
You are welcome to link to this page.
IF you wish to copy the documents
you are requested to provide details of source
and publish the whole page with the same conditions pertaining.
Thank You.
Contact Details CLICK HERE

Also this article is interesting as we are aware that Trevor Colman actively aided a cover-up of Tom Wise's criminality by prostituting his Queen's Commission as a Senior Police Officer Retired in an inquiry he dishonourably permitted his employers and others to stifle.


The article apeared in a pro UKIP leadership blog designed to defame smaear and lie about critics of the leadership of UKIP - this was their posting:

Much talk on Democracy Forum about TC and an alleged smear campaign against him claiming he made racist comments. Maybe, maybe not. It wouldn't be the first time in his short career as an MEP.


News reaches us that at his welcoming meeting in Strasbourg he was enjoying a chat with a fellow attendee, telling them how much he hated Farage, and how in his days as a copper they knew how to deal with troublesome journalists who took too much of an interest in such boring issues as police corruption - lock them in a cell with a couple of burly PCs, and then beat the crap out of them. Medecine to be repeated daily until cured. Other such indiscretions tumbled from his lips, leaving a bemused European Editor of a national daily, for such was his audience, wishing it had not been a private meeting because it would have made a lovely front page.


Not the first time such comments have been made by TC, however. Another source tells the Common Man that he thought this would have been an ideal way of dealing with Tom Wise, who he cleared, then smeared, then cleared again shortly before Wise's arrest.